Imagine being shown a map of the world, only upside down, and being told that this is how all maps will be displayed in the future. Even though you know it’s the same map you’ve seen a thousand times, it suddenly seems foreign. It feels wrong, like your first day in a new school. It takes a bit of effort to accept the idea that Australia is “up over” instead of down under. Now imagine being presented with an idea that’s guaranteed to turn your personal world upside down. It might be a radical new business initiative, a sweeping organizational change, or an unexpected job reassignment. Your first reaction might easily be resistance. You might cast around for logical arguments against it. You might even head for the door. The truth is, most people love change until it affects them. One of the tragedies of innovation is that a desire to help people is rarely matched by support from the very people you’re trying to help.

We’ve all seen what can happen when a new idea hits strong resistance: on-the-spot compromise. The presenter simply caves, hoping to salvage some part of the work. Yet discounting the integrity of an innovation is like buying a plane ticket halfway to Hawaii—you save some money, but you never arrive. A better strategy is to take your audience on the same creative journey you’ve already taken, but without all the detours and discomforts.

The Four Stages of Buy-in
A prerequisite for selling ideas to an organization is to understand what geneticist J.B.S. Haldane understood when he charted the “four stages of acceptance.” Whenever someone presents a game-changing idea, the first reaction of colleagues is to call it “worthless nonsense.” As it begins to slowly take hold, the same colleagues label it “interesting, but perverse.” Later, when the idea is all but proven, they concede that it’s “true, but unimportant.” Finally, after success is assured, it passes the acceptance threshold and colleagues are quick to brag: “I always said so.” This pattern is so common that you can almost use it as a test for promising ideas. Extreme resistance is a leading indicator of extreme success.

The next step is to condense the four stages into a shorter time span. If you can take your audience on the journey from “this is worthless nonsense” to “I always said so” in a few minutes or days instead of a few months or years, you’ll be able to keep the integrity of your idea and still launch it in a timely fashion.

The best way to condense the journey is with a story. The story can take the form of a fable, a comic strip, a children’s book, a series of flash cards, or any other narrative vehicle. The main thing is to keep it simple. Fact-laden PowerPoints will not win hearts and minds. Dr. Spencer Silver spent five fruitless years trying to persuade 3M of the value of his removable adhesive because he couldn’t tell a simple story about its potential uses, which included Post-it Notes. Today marketers and strategists routinely use Post-it Notes to organize their stories. If Dr. Silver had been a better storyteller, he could have used his own product to sell his product!

Visualizing the Change
When your goal is to describe a vision for the future, information is not enough. People are up to their necks in information. What they need is a way to imagine their life after the change, and compare it with their life today. That’s why it’s called a “vision” and not a “plan.” Managers get frustrated when employees say their company has no vision. “Of course, we have a vision,” the manager sputters. “It’s to be a $5 billion company in five years!” That’s not a vision. It’s a plan. A vision is an image, a picture, a clear illustration of a desired end state. When Microsoft began, the company’s vision was “a computer on every desktop and in every home.” Now that’s an outcome everyone can visualize.

Innovation requires change, and change is unsettling. But if you can lead people from the current state to the desired state using a simple story, they can more easily visualize themselves playing a role. And if you give them a clear illustration of the happily-ever-after moment, they’ll carry it in their minds as they forge onward. Where there’s a way, there’s a will. A clearly articulated story inspires people to volunteer for a mission instead of waiting for orders.

Getting Across the Swamp
The final challenge in selling into an organization is to shepherd the concept through the “valley of death.” This is the treacherous swamp between the original vision and it’s commercial deployment, where many a promising idea has met its untimely end. Ideas are fragile. They can be trampled by a word, a glance, or a noncommittal shrug. The job of the shepherd is to shield the idea until it becomes strong enough to fend for itself.

One way to deflect the sticks and stones of naysayers is through a deft use of metrics. When you can counter doubts with concrete numbers, you’ll find it has a calming effect on people’s nerves. Conventional wisdom says that innovation can’t be measured. But that’s only true if you believe measurement must have an exact value. A more practical approach is to look for “quantified uncertainty reduction,” a handrail for the faint of heart. The Bayes Theorem is one such approach. It’s a mathematical formula that expresses how a belief should change to account for new evidence. While Bayes and other formulas are guesses, they can remove enough doubt to make room for courage.

Another way to keep the black-hatters at bay is to find a powerful sponsor.

The leaders of any group usually aren’t the innovators. But they can be extremely influential in shifting the norms of the group. In the words of social psychologist Deborah Prentice, “leaders are high-status super-conformists, embodying the group’s most typical characteristics or aspirations.” They’re in a good position to support an innovative concept if they can see its value to the goals they’ve set.

Designing the Way Forward
In one of my earlier books, The Designful Company, I made the case that leaders and designers share the same DNA. Design, in its broadest sense, is the process of changing an existing situation into a better one. The same can be said of leadership. Therefore, one of the greatest roles a marketer can play is to orchestrate ways for designers to work more closely with leaders to help visualize the company’s future.

Great ideas don’t become innovations overnight. They require visualizing, nurturing, refining, protecting, proving, improving, and selling in. Even modest ideas—for writing a great app, making a taut documentary, designing a new product, creating an iconic ad campaign—must go through the same stages. Lawrence Summers, a former president of Harvard University, said that a good rule in life is “things take longer to happen than you think they will, and then happen faster than you thought they could.”

Marty Neumeier (@MARTYneumeier) is the author of The 46 Rules of Genius,The Brand Gap, and Zag. He serves as Director of Transformation for Liquid Agency.

This article was originally published in the Fall 2014 issue of PeerSphere, the journal of the CMO Council, page 20. 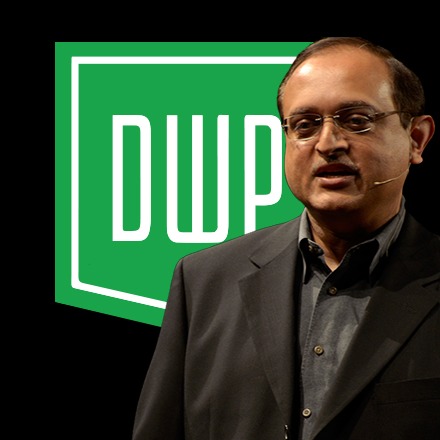 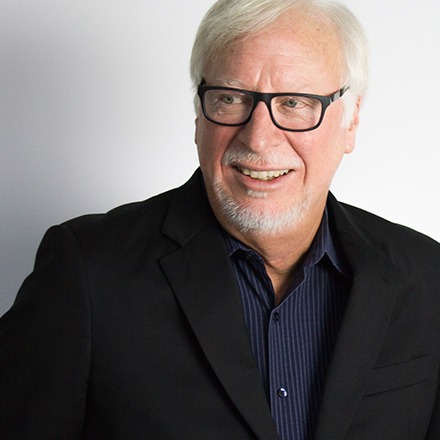