The World Cup has become one of the most anticipated and celebrated sporting competitions on the planet, watched by about half of the world’s population. Countries spend years and billions of dollars preparing to compete—not to mention hosting the Cup. Brazil spent $14 billion this year. Clearly, this is a branding success story of phenomenal proportions. How has the World Cup brand evolved over time? Every four years, FIFA selects a host nation and they design the event in their vision, revealing not just how the host country views itself, but how our world has changed—and design along with it. Believe it or not, the World Cup had no logo until the 1950s; by 2014, the logo was created with animation in mind demonstrating the kinetic nature of brands today. What stories do these graphic identities tell about their moments in time and our shared global experience? We reached back in branding history to find out.

The logo is titled “Inspiration.” Its colors symbolize the ecology of the host nation; tropics (green) and beaches (gold). They are also colors of the Brazilian flag. The five fingers can represent Brazil’s five World Cup victories. Three hands are raised to form the trophy and animate together for interstitial broadcast elements. The hands are meant to welcome everyone to the tournament but also evoke cheering and coming together of people. This is the first World Cup logo designed with kinetics in mind. The official poster was presented conceptually by Brazilian agency Crama as “an entire country at football’s service—Brazil and football: one shared identity.”

The slogan for the 2010 World Cup was “Ke Nako. Celebrate Africa’s Humanity.” The graphic identity features a black silhouette of a bicycle kick with African colors throughout. Ke Nako simply means ‘it’s time.’ And indeed Africa’s time had come to use the 2010 FIFA World Cup to change perceptions of Africa and reposition the continent in a positive light with South Africa as the theatre and Africa the stage. Having successfully campaigned for South Africa to be granted host status, an emotional Nelson Mandela raised the FIFA World Cup Trophy.

The slogan “time to make friends” is articulated graphically in an identity portraying emotions of joy and exuberance. Two of the faces are formed from a “06.” The theme reflects our increasingly connected planet and embodies the higher aspirations of the game to bring people together.

Contemporary graphic articulation of the World Cup trophy itself evokes multiple meanings; unity between host nations, forward movement, the literal inbounding of a ball. The poster evokes all of these themes with the additional urgency of Asian calligraphic brush strokes. The 2002 symbol makes appearances in 2006 and 2010.

This logo is rendered in French national colors and shows the football rising over the France on the Earth’s horizon as if it is the sun. The poster is more gestural and celebratory, suggesting the festive blending together of many nations and football fans.

This bold, graphic logo represents both the host nation and the movement and energy of the sport simultaneously. The poster is a more emotional evocation of the spirit and joy of football. The selection of Pentagram for the logo and Peter Max for the poster demonstrates clear strategic communications planning: graphically targeting both the heart and mind.

The logo utilizes the colors of the Italian flag in relation to custom stencil typography to create an implied three dimensional graphic field. Italian painter and sculptor Alberto Burri connects modern sport to the heritage of the Roman Coliseum.

The mark visualizes “the world united by ball” slogan by featuring both sides of the globe. The inline typography references the famous Lance Wyman 1968 Olympic identity, as well as the 1970 World Cup typography, also both hosted by Mexico. Although the articulation is different, Wyman’s seminal work cannot be ignored. The poster features a compelling photographic interplay between Aztec architectural heritage and contemporary human forms.

The central portion of the logo is simplified into two fundamental elements: the Spanish flag and a football. This communicates with no letters and was pulled out as a signature in the poster. The full version of the logo is a celebration of the flags of participating nations. The poster, created by national treasure Joan Miró, depicts a celebratory somersault filled with Spanish colors and the declarative statement of home “España!”

The logo contains a simple graphic football depicted within vertical striping in the colors of the host nation which can represent a jersey, goal, or cupped hands. The poster utilizes a stylized halftone screen capturing a both an emotional game moment and the media of the era.

The logo is very much a product of minimalist industrial age graphic design. The bold, simple forms are evocative of a ball, the point of contact, motion, the shape of a goal. WM is short for Weltmeisterschaft which means World Cup in German. The explicit need for a global kind of inclusiveness is evident in the mark, however, when contextualized on other elements such as the textural poster, multicultural globalism comes through.

The logo and the poster are embodiments of simplicity. They both utilize simple positive and negative forms to graphically depict a football. The inline typography was clearly an extension of Lance Wyman’s 1968 Olympic identity, which has been hailed as a pinnacle of branding and wayfinding. Taken together, the 1968 Olympics and 1970 World Cup branded Mexico itself. The bold use of color is not directly related to host nation’s national colors, however, it could be thought of as an exemplification of the richness of color in the country itself. Brazil takes home the Jules Rimet trophy permanently.

A literal depiction of the world superimposed upon a soccer ball with Jules Rimet trophy and an English coat of arms in the foreground. Everything is symmetrically aligned within the iconic British flag design. Includes name of cup. Poster playfully features “Willie,” the 1966 mascot playfully booting the football into the sky.

The logo positions Chile’s national flag on the ground within a stadium, symbolizing that the World Cup is taking place on their ground. Behind the stadium is both a globe and football. In the poster the earth and a football are conjoined in space. The globe is turned to reveal Chile highlighted in red with the ball is perhaps headed that direction. Translation: Football World Championship.

VM is an abbreviation for Varldsmasterskapet, Swedish for “World Championship.” Although it is referred to as a “logo,” the illustration is hardly what we think of as a trademark today. Regardless, the expression of the World Cup brand shines through very clearly: A celebration of global community through competitive football.

The trademark is a bi-product of its era: Simple, utilitarian, and official. This is Swiss design following Modernism in the industrial revolution. The text translates to “World Football Championship” in three languages: French, German, and Italian—the three languages most closely related to Switzerland. The poster captures the game’s penultimate moment: The goal. It does not utilize the trademark.

A return to friendly competition after the horrors of World War II. Although this was the first competition to use an actual logo, it was still very poster-like. In fact, it’s hard at first glance to tell the difference. The “logo” incorporates Brazil’s national colors into the design, while the poster brings the flags of participating nations into the illustration, literally on the leg of the footballer.

A powerful articulation of confidence: A victorious figure with the world is at his feet. There may also be some pre-WWII posturing here. The poster embodies many characteristics of Modernism from the condensed, decorative typography to a graphical embodiment of Romanticism and a recapitulation of Expressionism in color.

Deco-era sans serif typography anchors a strong symmetrical illustration featuring an Italian player with white and green socks crossed by the flags of competing countries. Prefiguring (or perhaps informing) Hitler’s use of the Olympics to promote his Nazi agenda, Mussolini used the World Cup to promote fascism with propaganda and media control.

Guillermo Laborde’s poster for the inaugural World Cup is an elegant expression of Art Deco design. The outstretched arms of the goalie have caught the ball at the pinnacle of the goal frame. He is dressed in Uruguay’s national colors. In contrast to the typography in 1934’s poster, the type here is on the more decorative side of Deco.  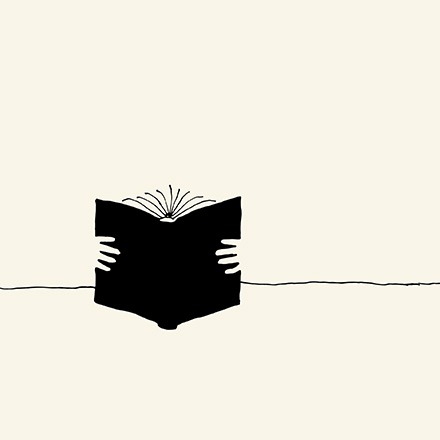 The Rules of Genius #25: Learn how to learn 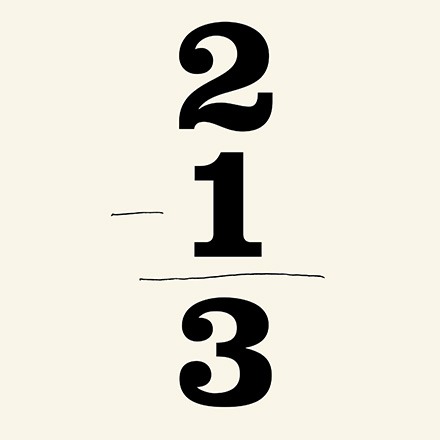 The Rules of Genius #24: Simplify