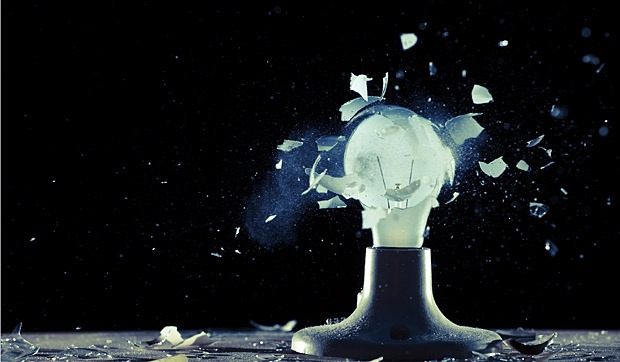 A Design Week panel discussion raises questions about how innovative we really are.

After last night, I’m ready to take a cross-country car trip for a few days, if only to listen to Genevieve Bell on tape reading aloud from one of her papers, Ted Talks or simply musing on the world as it is and as it should be.

The resident anthropologist and director of Intel Corporation’s Interaction and Experience Research Lab set the tone for last night’s panel discussion: “What Sparks Innovation?” hosted by Liquid Agency at the Elizabeth Leach Gallery.

“Why are the words creativity and innovation such fetish objects? Say those words and people get buzz up their spine.”

Our obsession with innovation, Bell said, reflects deep-seated anxieties about a subpar education system and the role of ubiquitous technology — “so much noise” — in our lives. Innovation-speak also tends to bury the importance of rigor and discipline in producing ideas that lead to meaningful social, economic and political change.

Birth control pioneer Margaret Sanger fundamentally altered the lives of everyone in the room, Bell observed.  Was it innovation? No. Family planning was a product of “scientific exploration and politics.”

Panelist Mohan Nair, chief innovation officer for Cambia Health Solutions, picked up the thread. Narcissism is not innovation, he said. (It was a good evening for one-liners). Nair said he’s tried to redefine innovation at Cambia so it’s less about the hotshots and more about everyday people.

“My job used to be  “finding people, hunting them, killing them, bringing them in and feeding them pizza,” remarked Nair, a former Regence executive.

But innovation is no longer “about elite smart people doing smart things. We launched four companies in the past four years believing innovation is the right of everyone.”

I had to leave early, so I don’t know if the conversation moved beyond the critique stage. But the discussion did reveal latent unease about a dominant business culture in which innovation is too often linked to Internet and mobile technologies of dubious social value.

Or, as Bell put it:  “Elastic and tampons are innovations that changed the world and didn’t involve the Internet.”

Interestingly, it was panelist Jeff Faulkner, creative director responsible for analog/Xbox at Microsoft, who delivered the most poignant analysis. Lots of great people work at Google, Microsoft, Facebook, Faulkner said.

He paused for a moment. But Facebook, he asked. What is it good for?  “What are they doing to us?”

Later, in a tweet, I asked Liquid Agency if they were surprised by the “anti-innovation” tone of the discussion.  “It wasn’t anti-innovation,” Liquid responded. “It was about raising the bar for humanity.”

Brand book bites from The 46 Rules of Genius

The Skeptic's Guide to Low-Fidelity Prototyping