Brand awareness is an essential growth ingredient along the consumer path to conversion. It’s the first step of the marketing funnel—empowering your business to expand its audience, increase web traffic, cultivate leads and build customer loyalty.

But along the road to conversion, each customer’s journey takes its own unique course. Even consumers from the same market segmentation may require different inputs to reach the bottom of the funnel. And that’s especially true for consumers from wildly different personas.

Because of these varying inputs, a robust marketing campaign must strategically generate brand awareness by selecting and then leveraging the top paid media tools in your marketing arsenal.

Today, we’ll cover those various marketing outlets in detail. After this primer, you’ll be better prepared with options for your next brand awareness campaign to convert new customers and retain your existing customer base.

What is paid media?

Paid media advertising encompasses an array of outbound marketing techniques where a brand pays to position itself in front of potential customers.

On the surface, that may seem simple. But what makes paid media challenging for many growing businesses is that there are now so many different ways brands can go about it. The emergence of new outlets, coupled with rapidly changing consumer preferences, leads to more of a fractured, segmented experience. Marketers have their work cut out for them as they seek to understand:

Not to mention, with so many potential distractions capable of diverting their attention, the path to conversion grows more convoluted by the day.

Determining the channels that will provide the most ROI on your marketing spend is a tall order.

Confronted by an array of options, you may fall into choice paralysis. Or, conversely, you may throw up your hands in frustration and just try too little of every outlet in an attempt to see which one works.

For most brands, either response could cost you. You must tread a fine line to identify and then exist within your brand’s paid media Goldilocks zone. To hit that sweet spot, you need to know your customers, understand the forms of advertising they are most receptive to and then carefully curate a paid media stack that aligns with each consumer persona’s preferences.

You can start that process by sorting the various forms of paid media into two overarching categories—offline and online.

Traditional advertising forms the roots of paid media. Think of the admen on Madison Avenue, the movie billboards on Rodeo Drive or the print placements on the back of a Vogue magazine. Put simply, this type of paid media is where a brand pays to physically position itself in front of customers. Brands build awareness by placing ads in high-traffic spots, whether that’s a TV show with millions of viewers or an actual location where thousands of commuters pass by daily.

Aside from building brand awareness, companies can strategically incorporate offline paid media to reach consumers where they are, test new regional markets and bridge the gap separating the real world from the digital.

There are several subcategories of offline paid media, including the following:

Historically, TV commercials have been the crown jewel of advertising and marketing. While there has been some drop off in the popularity of live TV in certain demographics—with younger generations migrating toward the convenience and control of streaming TV—they still watch many of the same programs shown on live TV. They just stream the same content on their own time, which means there are still plenty of advertising opportunities.

For older demographics, TV remains the most popular medium. Among adults over the age of 55, 38% spend more time watching cable than any other platform.1 Between Fox, NBC and CNN, the top 20 shows draw at least 1 million viewers each evening.2

Additionally, as long as sports remain on live television, there will always be a place for this type of paid media in your brand awareness campaign. You can even have your logo digitally superimposed there. And while younger audiences transition toward online and streaming services, sports leagues are actively seeking to accommodate these preference changes by providing streaming services with access to games. For instance, Apple TV recently bid $2 billion to be the exclusive streaming service for the NFL’s Sunday Ticket, after DirecTV declined to renew its contract.3

OOH media represents any type of paid advertising that can be seen outside of the home. It is a staple of the brand awareness campaign. Examples include:

OOH remains a popular means for building brand awareness since these ads are unskippable, unblockable and highly visible. And, they’re particularly effective for brand awareness retargeting since they may be seen daily by commuters on their normal route.

Recently, there’s been a resurgence in OOH media thanks to digitalism, which makes them easier to replace, enables paid ad cycling and offers increased visual capabilities. To see just how far this technology has come, check out the 3D ad in Times Square that Netflix created for Resident Evil.

Paid media in print is the oldest form of modern advertising. Whether it’s in a newspaper, a magazine, a poster or a printed billboard, there are several different ways to build brand awareness via print.

Although its popularity has waned in recent years, especially as many of these services have directed their attention online, brands can still strategically leverage print so long as they:

This form of paid media can take two primary forms:

With the rise of digitalism, the concept of paid media has evolved beyond the scope of traditional media. Now it encompasses an array of online outlets as well.

In the digital space, this form of paid media is incredibly effective at generating instant engagement with your ideal audience. These ads tend to be far more targeted and serve as the optimal complement to an inbound marketing strategy, which often takes more time and effort to make an impact.

Once more, there are dozens of potential ways a business can leverage online paid media to foster brand awareness. These include the following:

The vast majority of consumers begin their journey with an online search at one of three destinations:4 Search algorithms (Google and Bing), online marketplaces (Amazon and eBay) and social media (Instagram, Twitter and Facebook).

The product or service they’re searching for will often determine which outlet they use first. To that end, many companies will use some combination of these destinations.

As a result, brands can greatly benefit by paying to instantly show up at the top of these search results. This type of brand awareness strategy is known as pay-per-click (PPC). It enables brands to bid on keywords that their target consumers are most likely to click. Furthermore, it gives them the freedom to perform regional and customized targeting of specific market segments.

Today, much of digital paid media purchasing is done in one of two ways:

This is a manual process where a brand builds relationships with online publishers and then negotiates with those outlets to place an ad. Direct buy tends to take more time since it involves communication and relationship building. It allows for precise targeting, premium inventory and custom programs, but it comes at a higher price.

A programmatic approach to digital paid media largely eliminates the direct human element. As the name suggests, ad-buying is automated through a demand-side ad-buying platform, such as Google Display, the Trade Desk or AdColony. It involves multiple layers of data and often disparate targeting methods. This methodology tends to provide cheaper media and is easier to scale, but is heavily reliant on data utilization/modeling and monitoring.

Depending on your brand and its audience, there are several potential avenues for direct and programmatic media. These include:

Liquid Agency—driving brand awareness one paid ad at a time

Paid media is a time-tested strategy that empowers brands to pay for content promotion to spread their message and build an audience (at scale). Digitalism has only further unlocked its potential, enabling brands—particularly growing brands—to enjoy greater flexibility and affordability as they craft a brand awareness campaign.

But having an array of options can be a double-edged sword. There are so many trade-offs to consider. For a campaign to be effective, you must carefully select the right combination of traditional and out-of-the-box paid media strategies to create an authentic connection with your audience.

That’s where we come in. At Liquid Agency, we can work with you to understand your brand and its target consumer to build a paid media portfolio that creates a memorable and inspirational experience.

3 9to5 Mac. Fate of Apple and Sunday Ticket to be determined by fall, says NFL commissioner. https://9to5mac.com/2022/07/08/apple-and-nfl-sunday-ticket-fall/

4 Insider Intelligence. Where Do US Consumers Begin Their Product Searches? https://www.insiderintelligence.com/content/where-do-us-consumers-begin-their-product-searches

Insider Intelligence. Where Do US Consumers Begin Their Product Searches? https://www.insiderintelligence.com/content/where-do-us-consumers-begin-their-product-searches 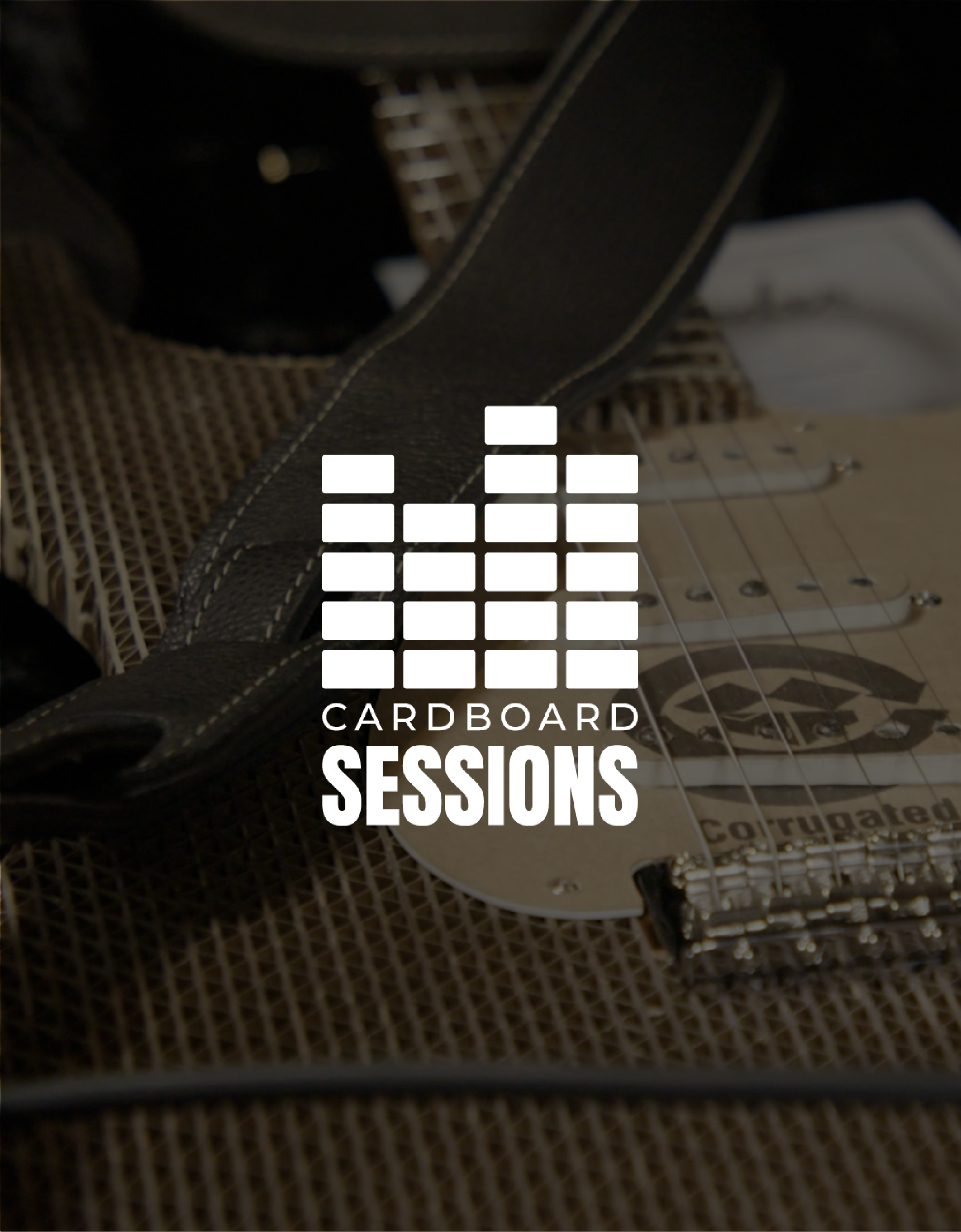 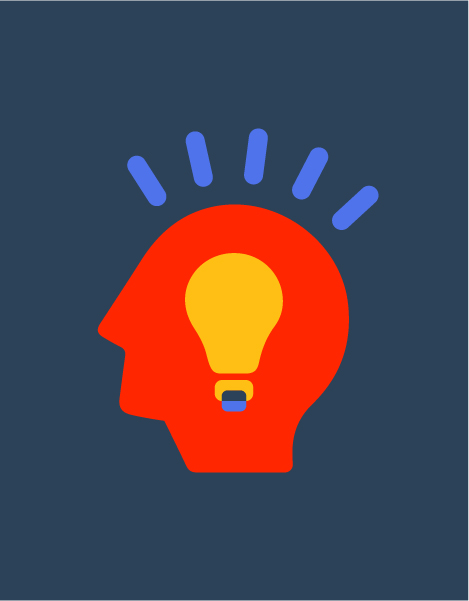 Heuristics, bias and your next brand awareness campaign