What sparks innovation—and what stops it? How can our working environment inspire inventiveness? What practices help us become openminded, sharp, and ready to generate new ideas? Liquid Agency brings together top innovation thinkers—including Intel’s famed cultural anthropologist Genevieve Bell—for a provocative discussion October 7 at Elizabeth Leach Gallery as part of Design Week Portland. Tickets are free, however, seating is limited. Advance reservations via Eventbrite are recommended.

“Creativity is an unnatural act, a difficult skill that requires courage, imagination, and perseverance,” says Marty Neumeier, author of The 46 Rules of Genius and The Dictionary of Brand, who will moderate the panel. He will be joined by Microsoft Analog creative director Jeff Faulkner, transformational healthcare thinker Mohan Nair, Intel’s Director of User Experience Research Genevieve Bell, and Michael Shea, former director of Nike’s Innovation Kitchen.”

Genevieve Bell
A popular speaker and panelist, Bell was named by Fast Company as one of the 100 Most Creative People in Business and inducted into the Women In Technology International hall of fame in 2012. She grew up as the daughter of a European Australian anthropologist among Aboriginal people in traditional communities, and now leads a team of a hundred social scientists, interaction designers, human factors engineers, and computer scientists. They research new computing experiences that center on people’s needs rather than simply silicon capabilities. “I am firmly in the present,” Bell recently told the New York Times. “But, sometimes, I want to drag the future here and see if we want it.”


Jeff Faulkner
Faulkner guides branding, UX (user experience), and R&D (research and design) for Microsoft’s most ambitious products, including Xbox One and Xbox 360. Formerly a professor at PNCA, the Pacific Northwest College of Art, he still celebrates his Portland roots. As he told Geekwire, it’s a “collaborative culture where you learn a heck of a lot just by mixing with the other people around there. I think people tend to grow faster in Portland, and tend to have an appetite for complexity, as opposed to treating it as a burden.” Faulkner speaks at conferences such as Typo Berlin and Typo London, and is also a Tumblr Design Editor.


Mohan Nair
“Invention is creation,” Mohan Nair Nair recently told Forbes. But he went on: “Innovation is organizing creations into a solution that is practical. Both incremental and transformative, innovation lives within us all.” Nair is the Senior VP and Chief Innovation Officer at Cambia Health Solutions, a nonprofit parent and holding company that aims to transform healthcare. He is the author of Strategic Business Transformation and a TEDx speaker.


Michael Shea
Described as a “creative catalyst”, Michael Shea offers unique insights into the relationship between success and innovation. As he explained to The Oregonian, success can stifle creativity; successful companies can “have a gravitational pull toward protecting that status.” But they can counter the entropy with projects such as Nike’s Innovation Kitchen, where Shea and his team explored radical new ideas and habitually questioned their own work. He has since co-founded the firm School+Jackson. Director of Transformation is Marty Neumeier’s title at Liquid Agency. Author of numerous influential books on design, branding, and business, he has worked closely with innovators at Apple, Google, HP, and others to advance their brands and cultures. The 46 Rules of Genius: An Innovator’s Guide to Creativity is his latest book. Zag: The Number One Strategy of High-Performance Brands was listed in the 100 Best Business Books of All Time, and The Brand Gap: How to Bridge Strategy and Design was deemed by the executive director of AIGA, the professional association of designers, “The first book on brand that seems fresh and relevant.”

Together, this group will discuss innovation at Elizabeth Leach Gallery on October 7, at 7:30 pm, preceded by an open house at Liquid’s offices, one block away, from 4-7 pm. ADVANCE RESERVATIONS ARE RECOMMENDED.

At Liquid Agency, we are interested in understanding how to encourage innovation through a combination of courage and process. As a brand experience agency, we help fast companies propel their business forward with Silicon Valley Thinking, working in a highly collaborative way that embraces experimentation, curiosity, and big ideas. We’re headquartered in San Jose, with offices in Portland, New York, San Francisco, Nottingham, UK, and Santiago, Chile.

Established in 1981, the Elizabeth Leach Gallery presents prominent Northwest and internationally established artists working in a wide variety of contemporary media. The gallery’s mission is to create a dynamic dialogue between the local community and the global art world.

During one week in October, Design Week Portland explores the process, craft, and practice of design across disciplines as seen through the lens of our city’s most vibrant independent programming. These events connect, educate, and inspire the city’s creative community of makers, designers, studios, policymakers, and more. 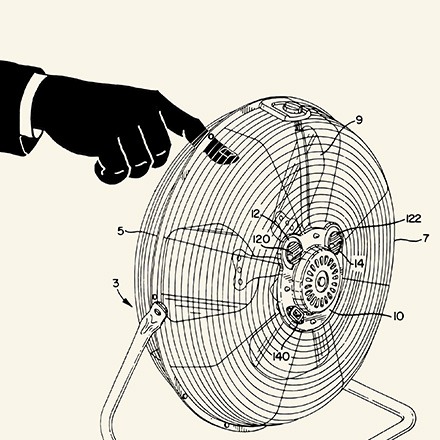 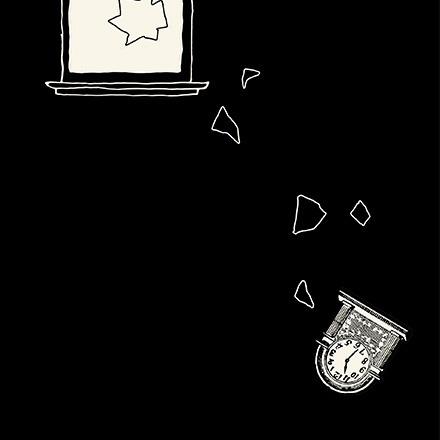 The Rules of Genius #32: Spend long hours in the joy zone