Scott Gardner, CEO and founder of Liquid Agency, has worked in downtown San Jose for 24 years and says “It’s going to be interesting to see what it’s going to be like in 10 years.”

Scott Gardner’s character defies easy labeling. The founder and CEO of brand marketing firm Liquid Agency has been making money since he was young. Gardner credits his entrepreneurial spirit to the traits he inherited from his artist mother and engineer father. “I think to run a business, especially this type of business, it’s great when you have a combination of the business mindset with the creative mindset,” Gardner said. “And I am definitely a hybrid.”

Our conversation has been edited for length and clarity.

What is the origin of your company’s name? Most agencies, especially back then, were often named after the principals, and I started with Alfredo Muccino, so it was going to be Gardner-Muccino or Muccino-Gardner. We wanted the agency to be bigger than the founders, and so we wanted to come up with another name. We went to the Tied House over in Mountain View or somewhere, back in the day, and we were drinking martinis and writing all these names down, like “Lithium” and “Kerosene.” At one point, after having too many martinis, we kind of tipped our glasses and spilled vodka all over our notes and said “Liquid” at the same time. The more strategic origin of the name was this idea that brands are always fluid. Brands are always changing, the market’s always changing, how people connect with brands always changing, so you gotta be fluid and liquid, you know, liquid’s fluid.

What have been some of the more challenging customers that Liquid has worked with? There’s definitely a lot of them in the Valley and what makes them a bad customer is they don’t understand that if you could truly create a real good partnership with an agency over time and work together, you can really do well. For example, in Portland Nike and Wieden+Kennedy have been partnering together from day one, and they grew together, and they do amazing work. And Apple has had a very long-standing relationship with Chiat/Day in Venice. Steve saw the value, and they still are partnered even if they work with other agencies. Some are not willing to commit to agencies. We have a handful of customers that we’ve had for a decade, and we built their businesses with them, and we’re very much aligned. We understand their business. And it takes a little time to continue to build that connection and trust.

Do you read any books? Lately, I have been reading mainly rock star biographies. The last one was (Bruce) Springsteen’s book, before that it was Keith Richards’ book “Life.” Before that, it was Anthony Kiedis’ “Scar Tissue,”. I’ve found this interest in reading about these big musicians because all of their lives have similar parallels. I think the reason that I like them is none of them grew up wealthy or with a silver spoon. They found their way as a kid and they all gravitated to music as a form of art, expression. They all eventually became big stars, but it was not easy.

What do you think about San Jose’s changing the downtown scene? I think it’s about time. When we started looking in the early 2000s, we got some people involved, the city, and the economic development group. We were on a lot of committees (organized) around “let’s get San Jose to grow up.” There was a lot of great people that were part of these movements, but it was frustrating because things just happened really slow. I’ve been working downtown now for 24 years. It’s now, in the last year and a half, really started to change. It’s going to be interesting to see what it’s going to be like in 10 years. I think it’s going to be great for the city. It just took so long to get it going.

What do you think about Nike’s Kaepernick campaign? I’m mixed. I’m not fully one way or the other. Here’s what I see as a challenge with the piece. He’s definitely standing up for what he believes in and his platform is so full of justice. I get that. The piece is beautifully done. We build them like that too, commercials. My only concern was there’s such a mixed message in there. One message is you can overcome what you’re about, or the cards you were dealt. You’re handicapped, you’re underprivileged, you can succeed. I get that, but that’s not his platform. He ends up narrating it and he’s the spokesman at the end, but I think there’s a disconnect between what his message is, and what most of the (ad is about). 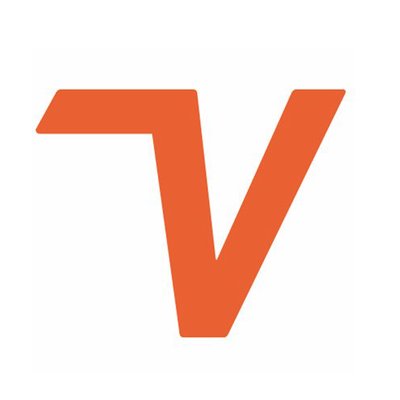 The Key to Balancing Life and Work When the Two Merge? Just Be Present