The latest exhibition at Liquid Space, Liquid Agency’s experimental gallery in San Jose, features the work of a group of talented local street artists. These are the same people who paint on buildings and signs, leaving their mark across city streets in acts of defiance towards authority. But in this case, they used their brushes, markers, and rattle cans to create a series of paintings that celebrate the raw nature of the genre with gusto and vitality. The well-attended opening took place on April 4 and the work will be on display through April 30, by appointment only.

The city as a canvas. 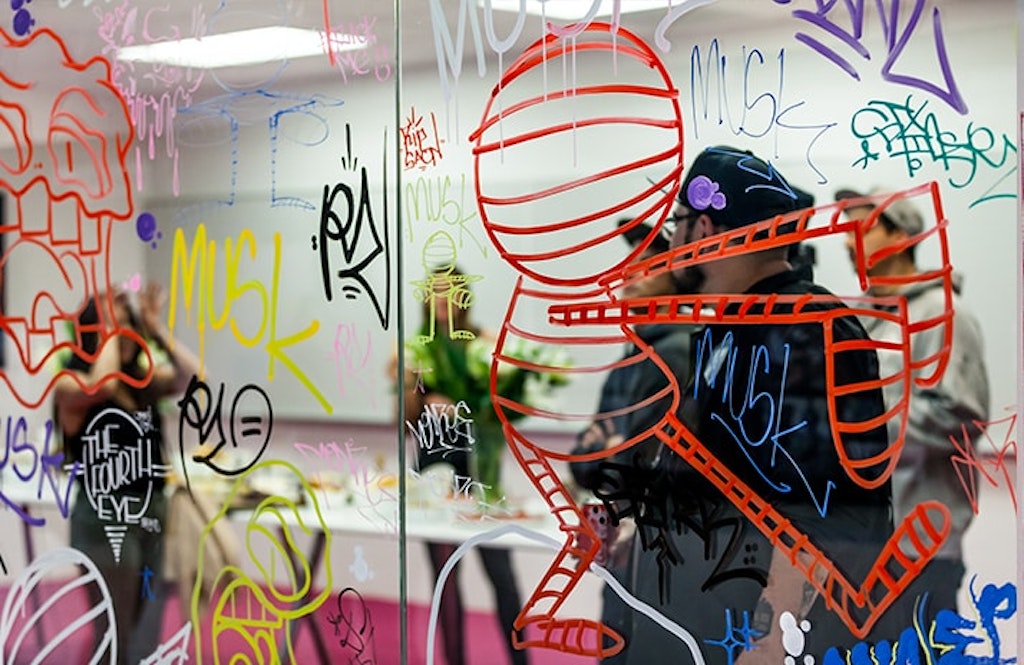 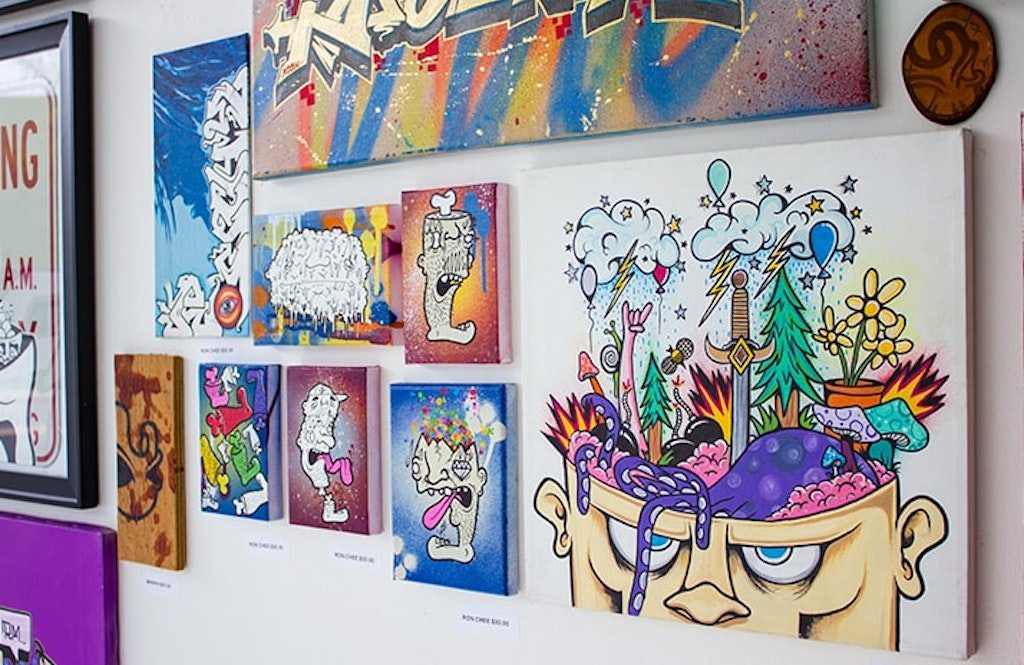 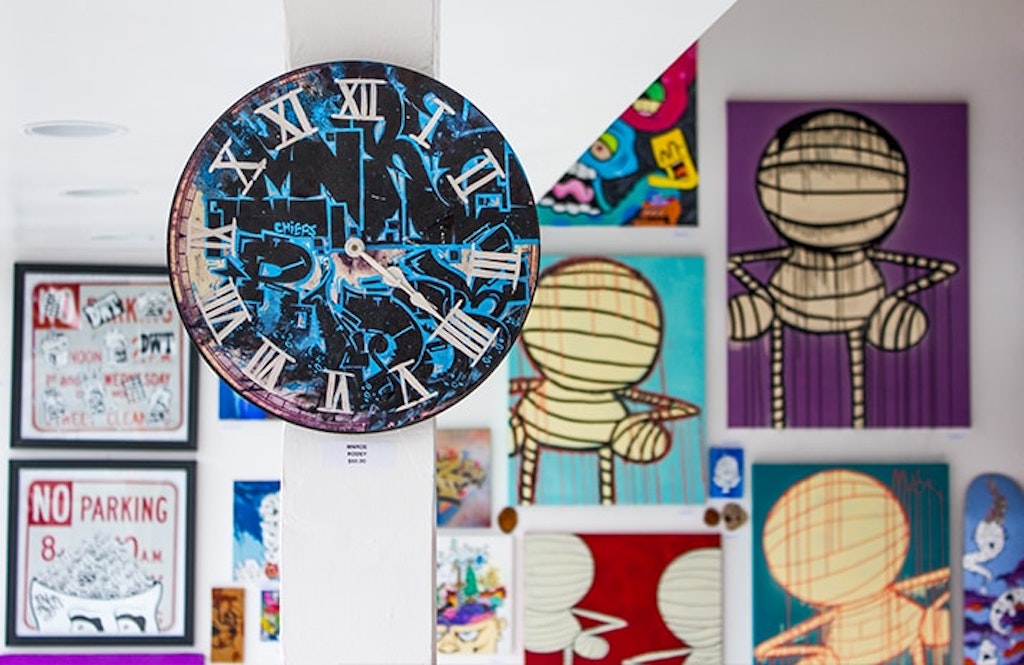 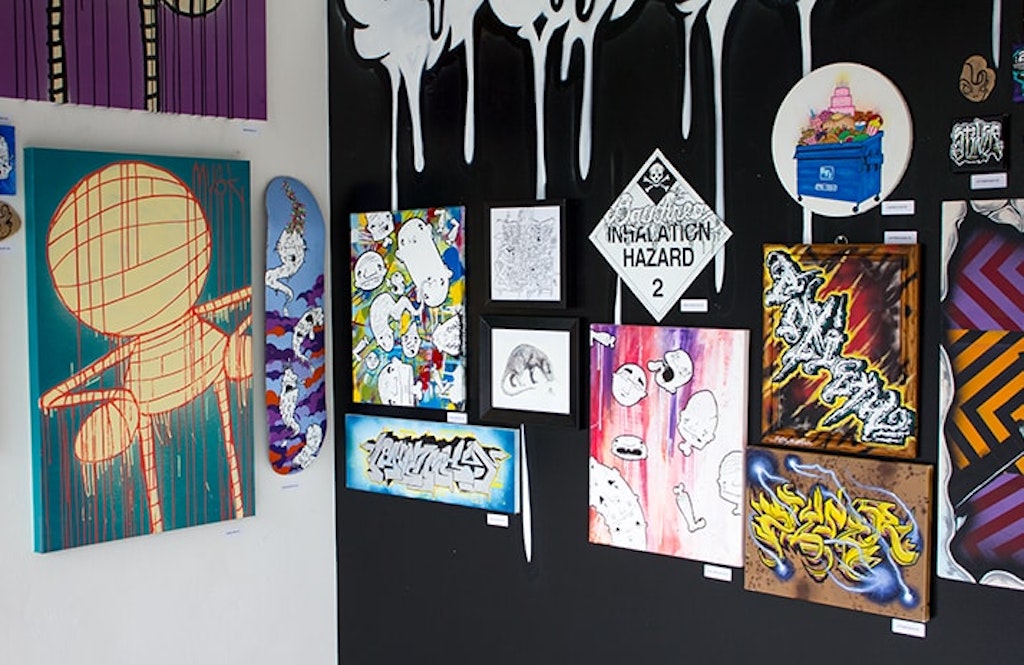 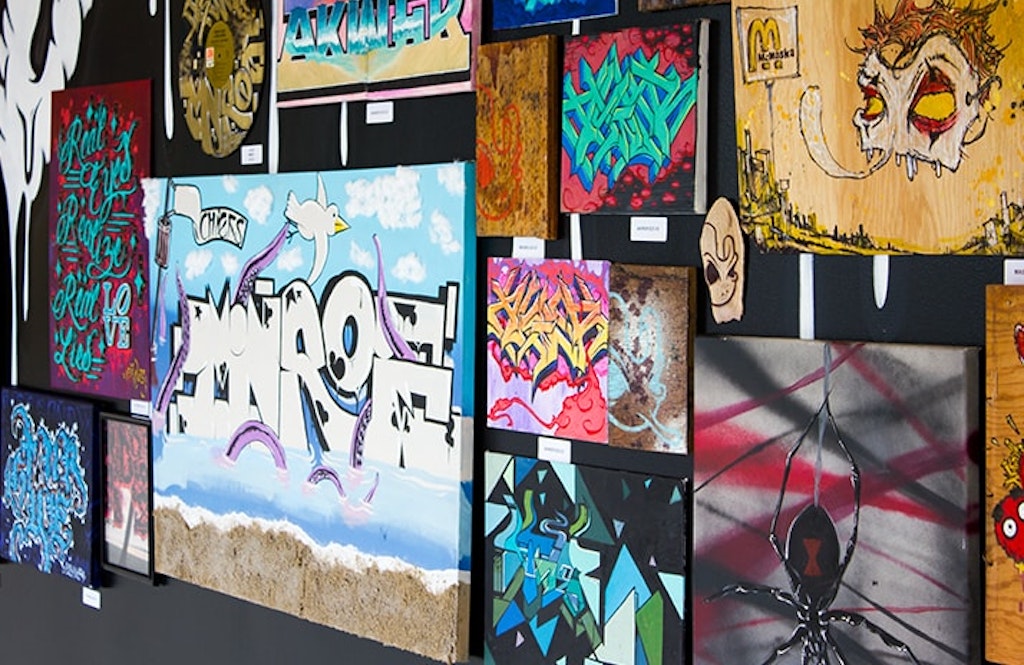 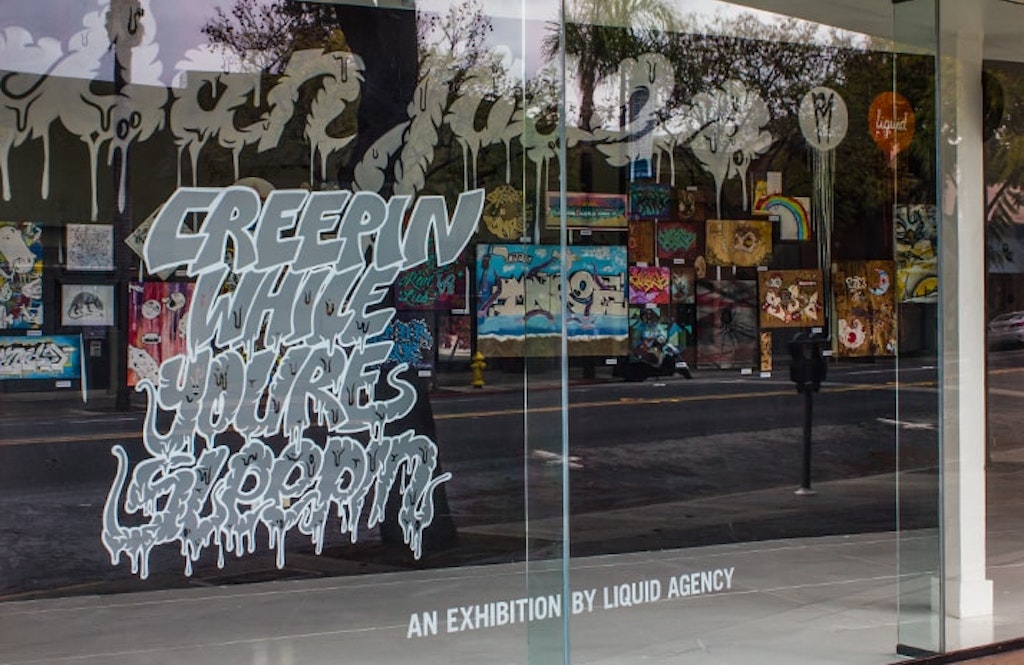 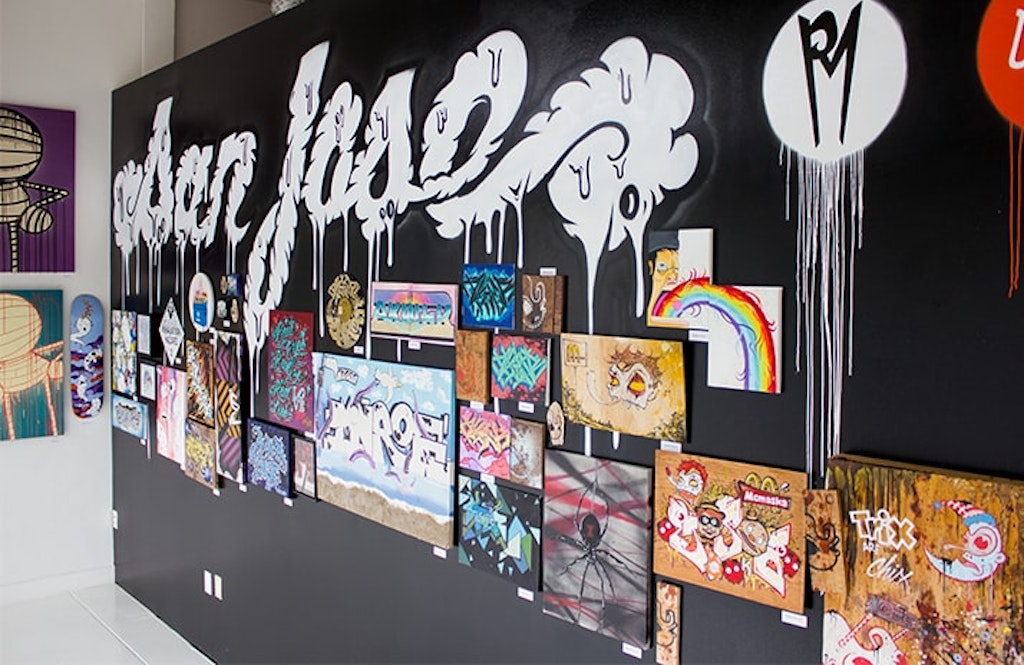 Street art takes many forms. Sometimes it takes the form of complex lettering and at other times it is expressed in the form of fanciful figures. Typically, street art is considered illegal, and often the artists are treated as vandals because they paint on private or public property without permission. These subversive artists treat the city as their own personal canvas. Because we are interested in anything that challenges the status quo, we decided to turn this paradigm upside down and invited a group of local street artists to showcase their work in our gallery—creating an interesting dialog about the role of street art outside of its traditional urban setting. The result is an exhibition titled “Creepin’ While You Are Sleeping” that includes works on canvas and wood, painted aerosol cans and traffic signs, and a couple of walls of our San Jose office completely covered in street graphics.

From the streets to the galleries.

Some street artists, like Shepard Fairey, Keith Haring, and Haze have become accepted into the mainstream art world and their work is shown in museums and galleries across the world, often selling for substantial sums of money. At the beginning of their careers most street artists prefer to stay anonymous and adopt pseudonyms to protect their true identities. For instance, Banksy is a well known street artist whose real identity still remains unknown—yet whose work has appeared in numerous exhibitions and has been the subject of popular books and documentaries. Similarly the young artists featured in the current exhibition at Liquid Space in San Jose have opted to keep their names and faces secret, and instead use pseudonyms like, Ron Chee, Musk, Bauer, Enor, Mnroe, Maska, Moda and others. 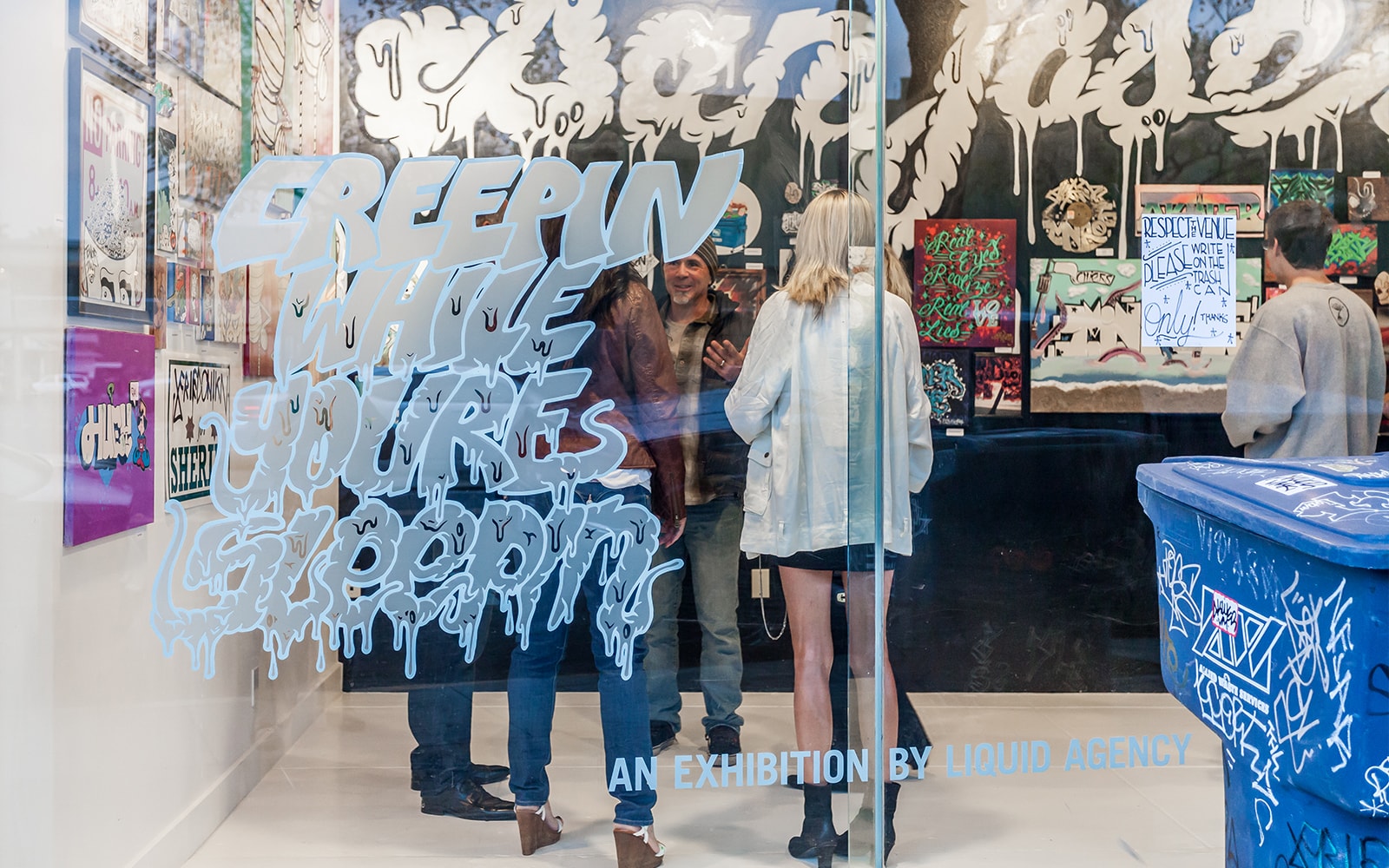 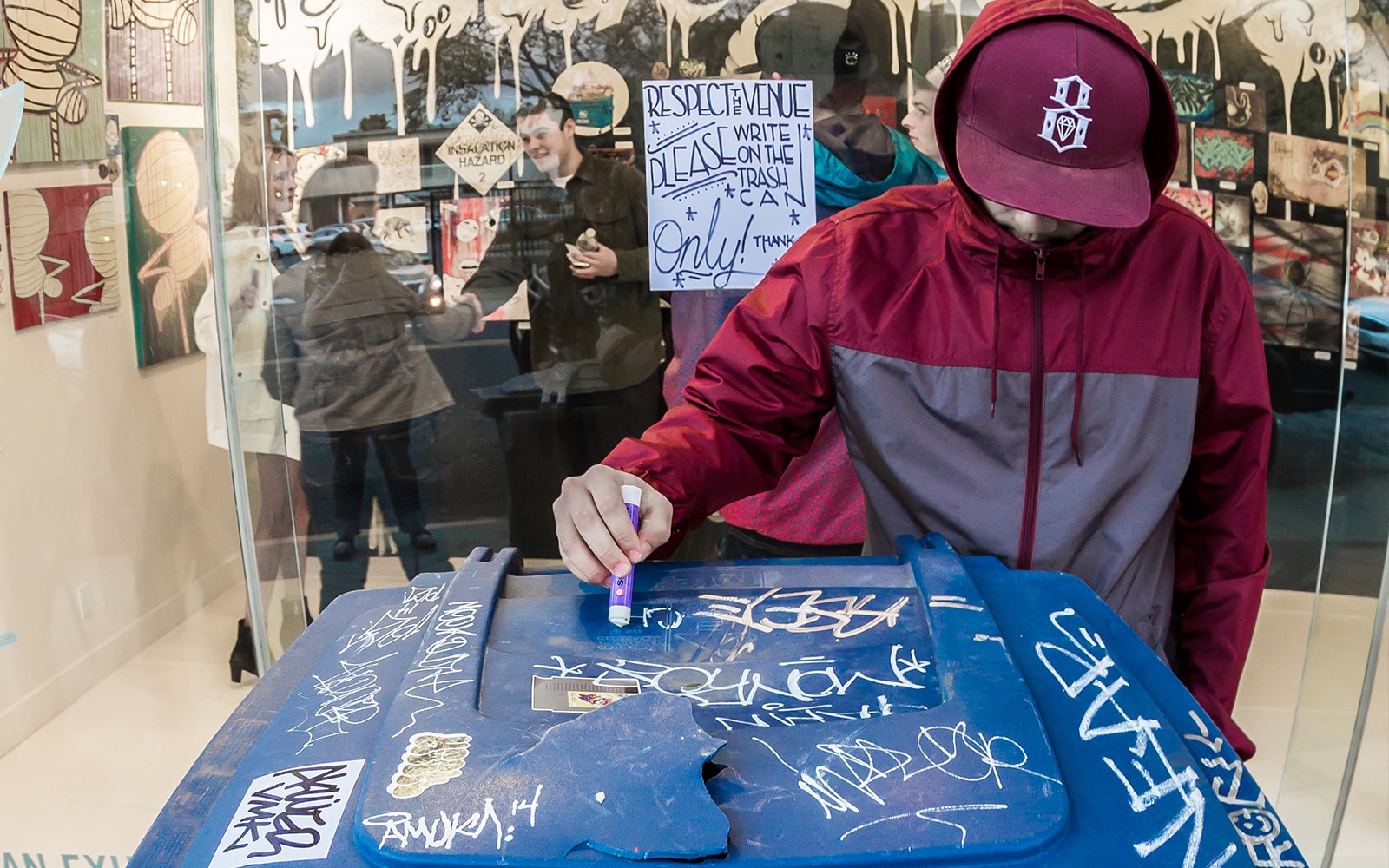 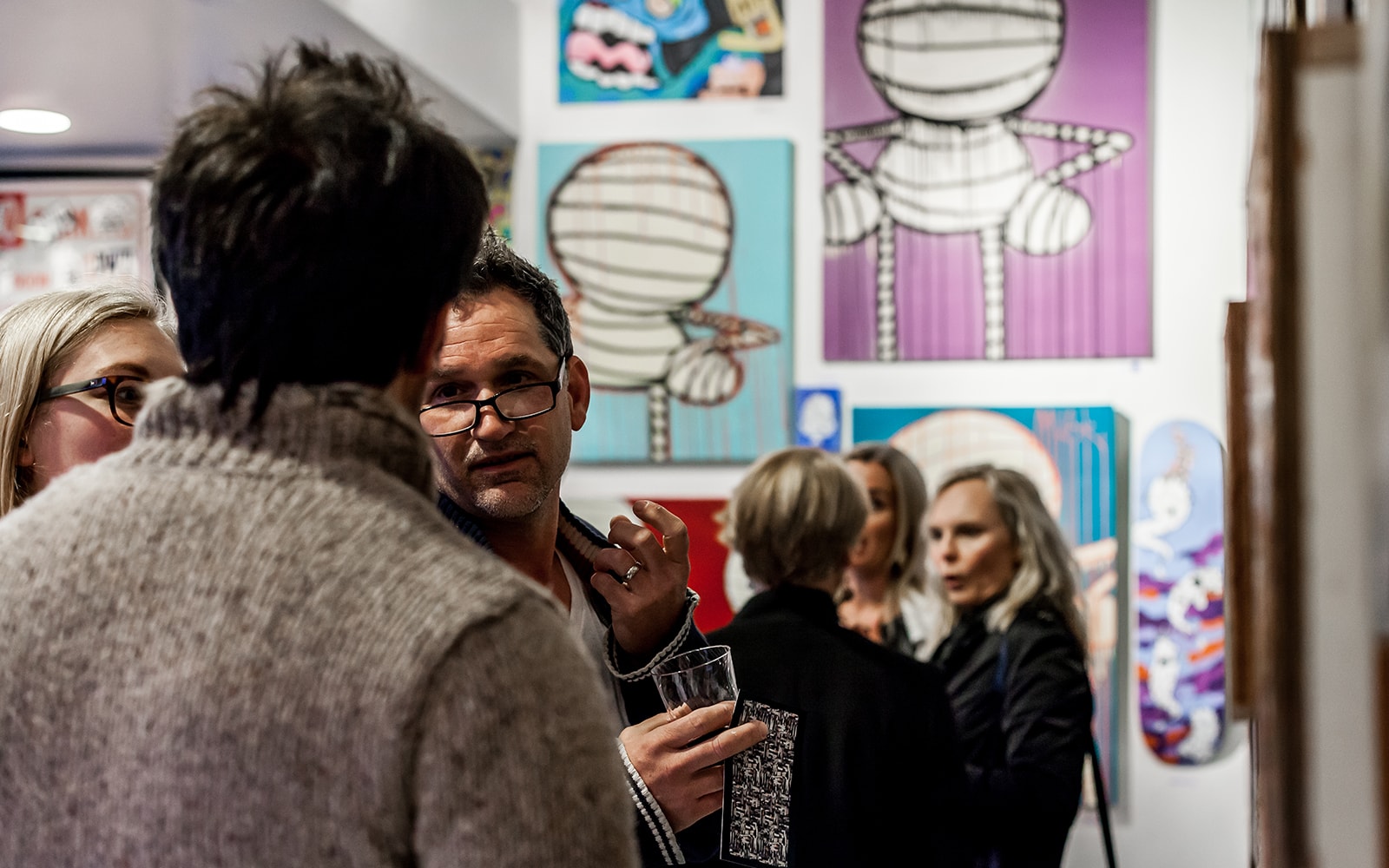 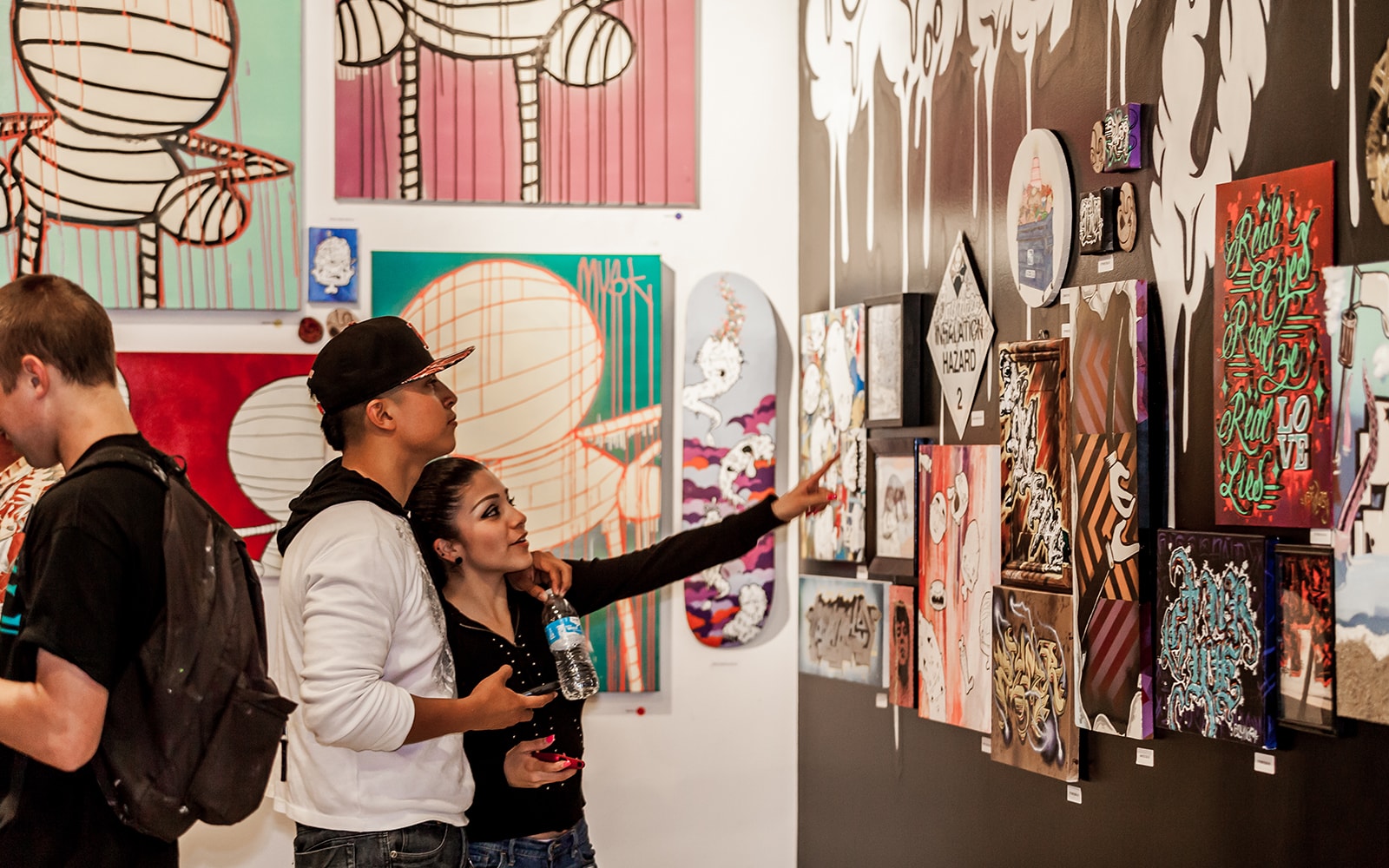 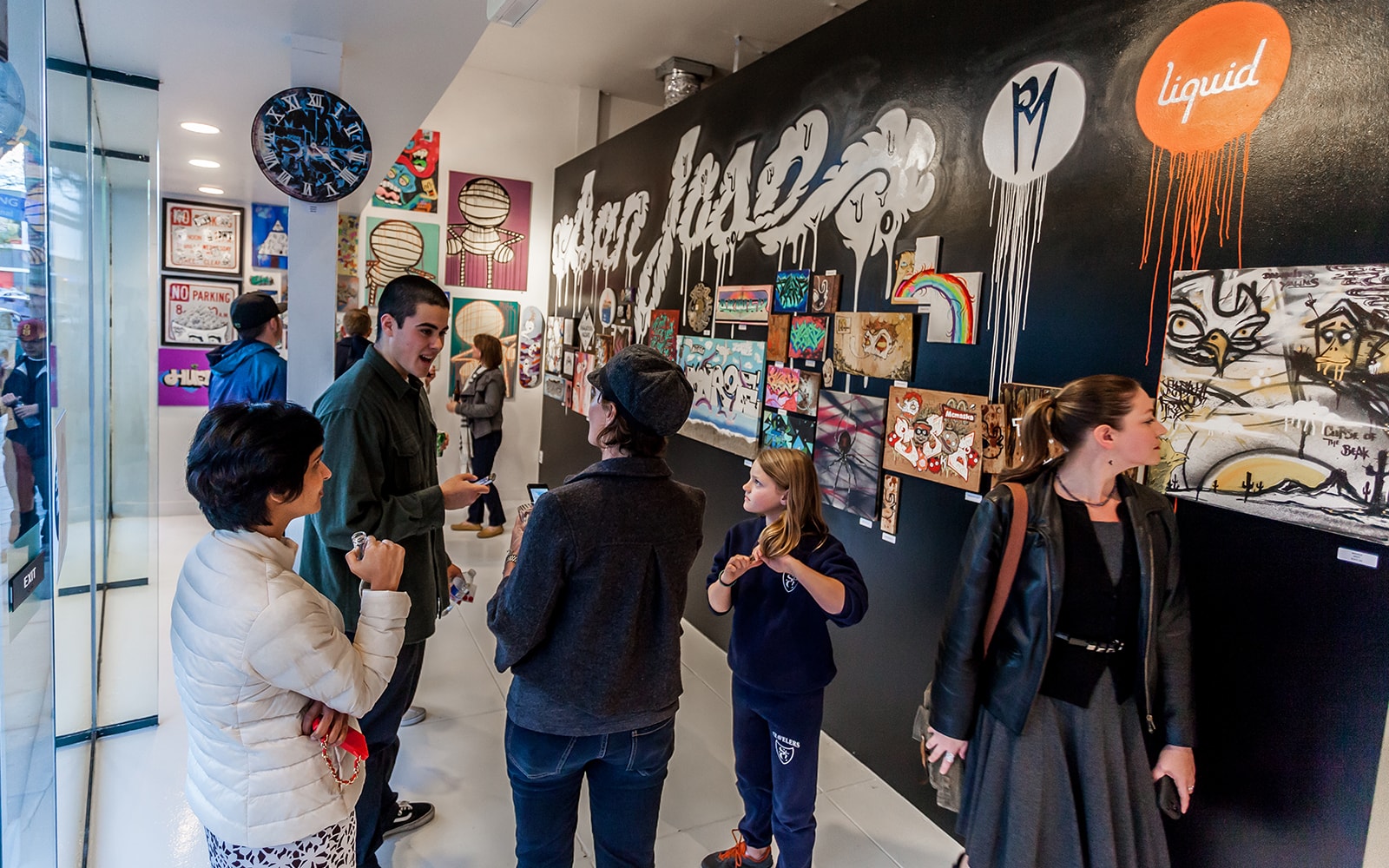 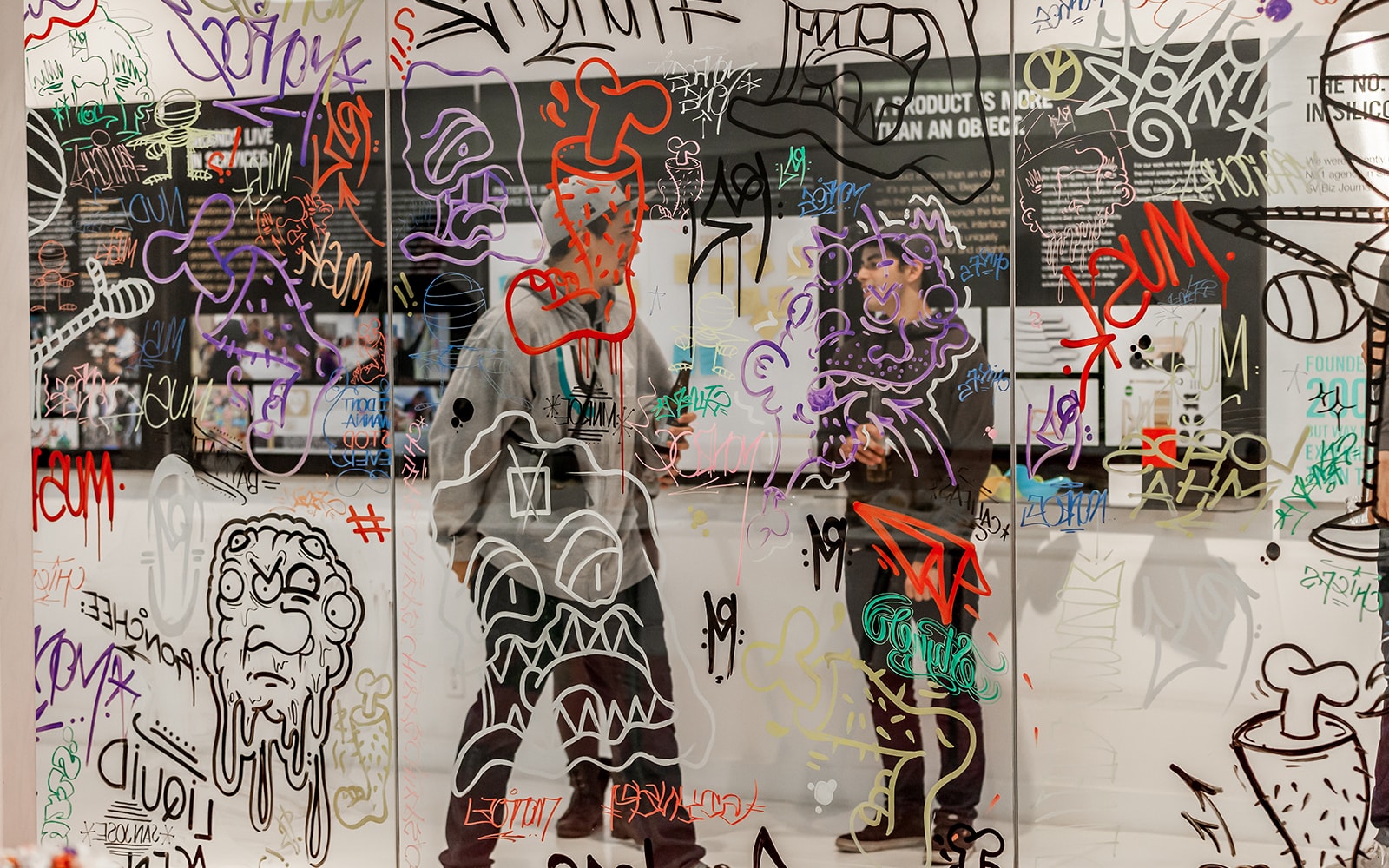 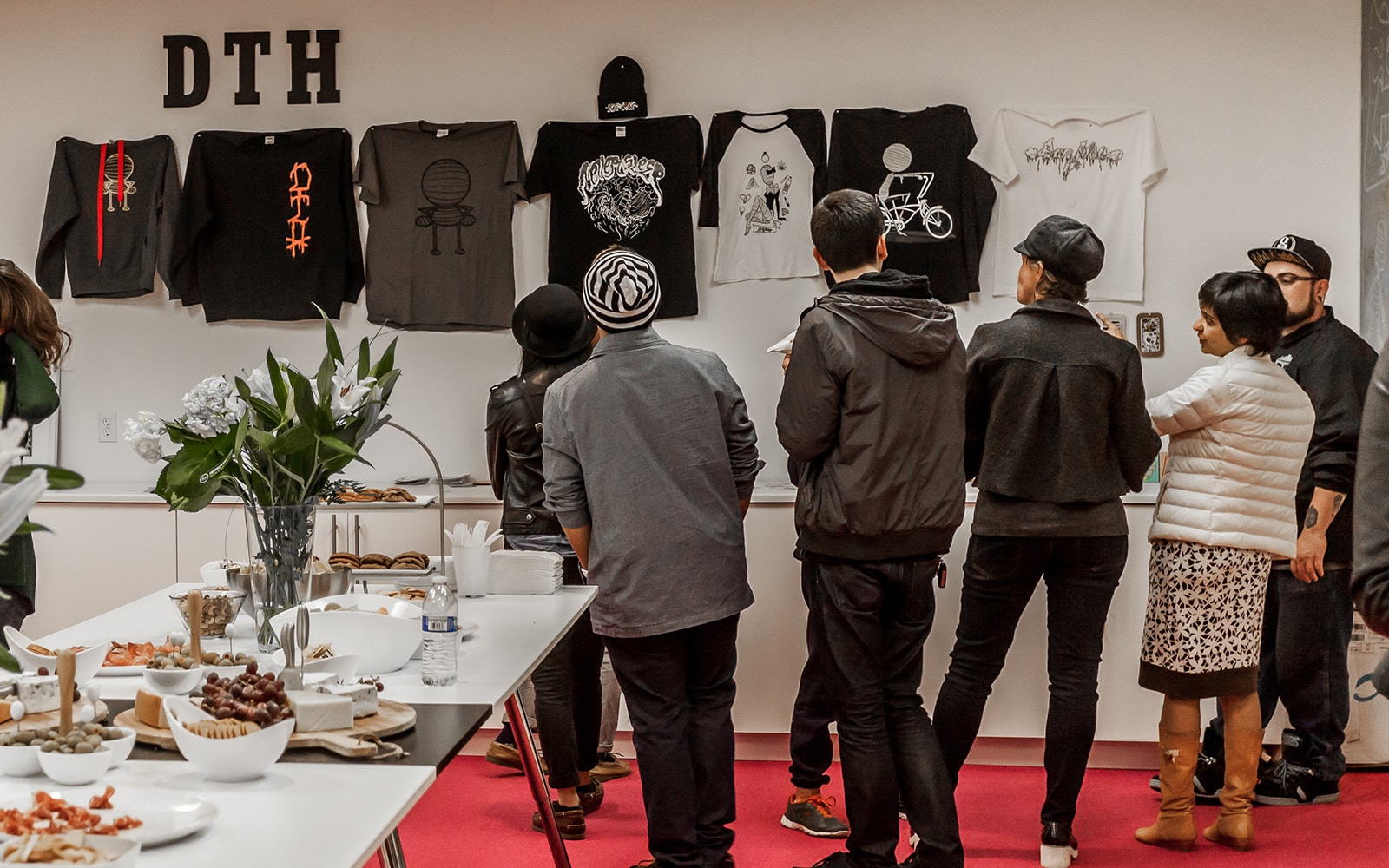 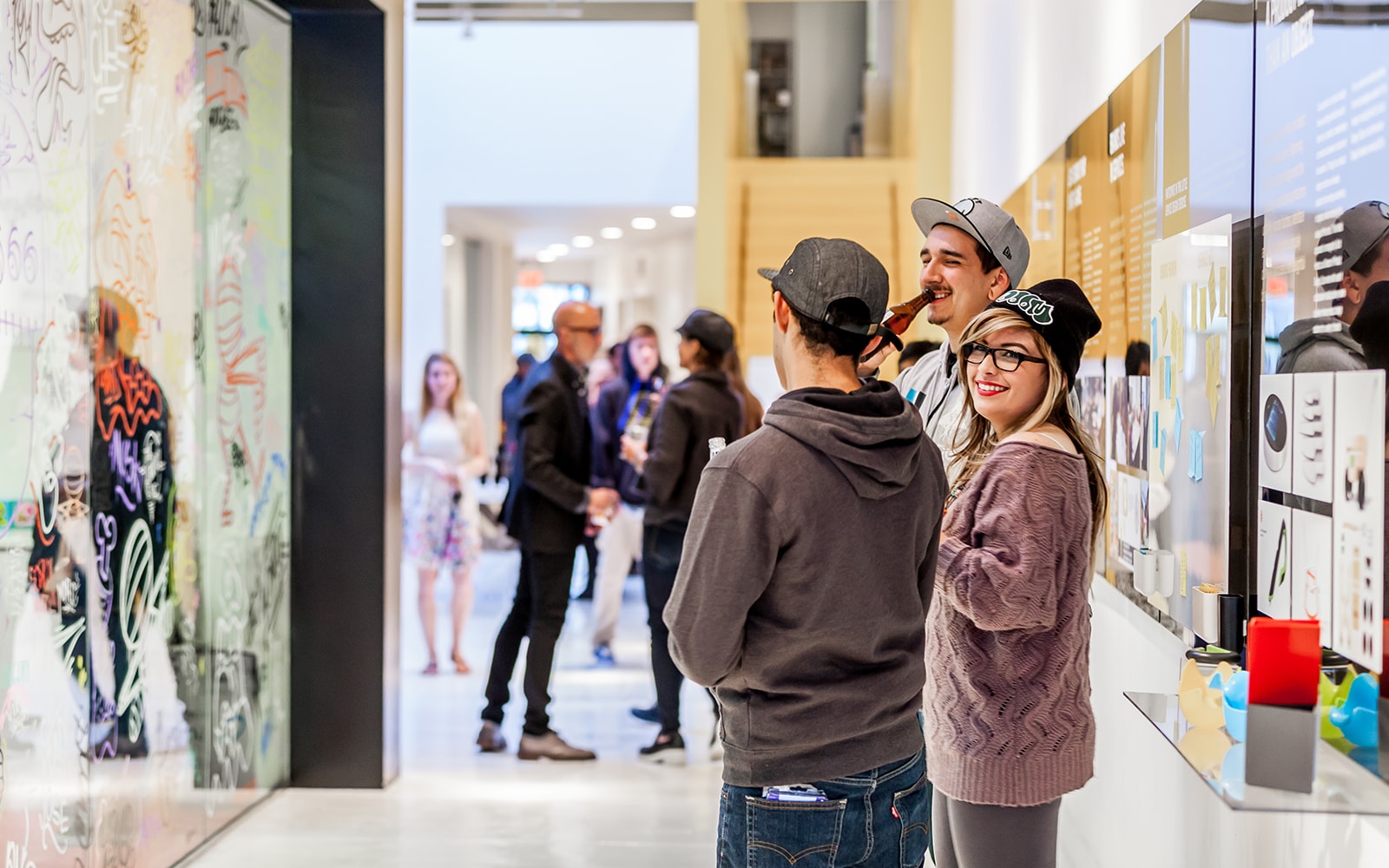 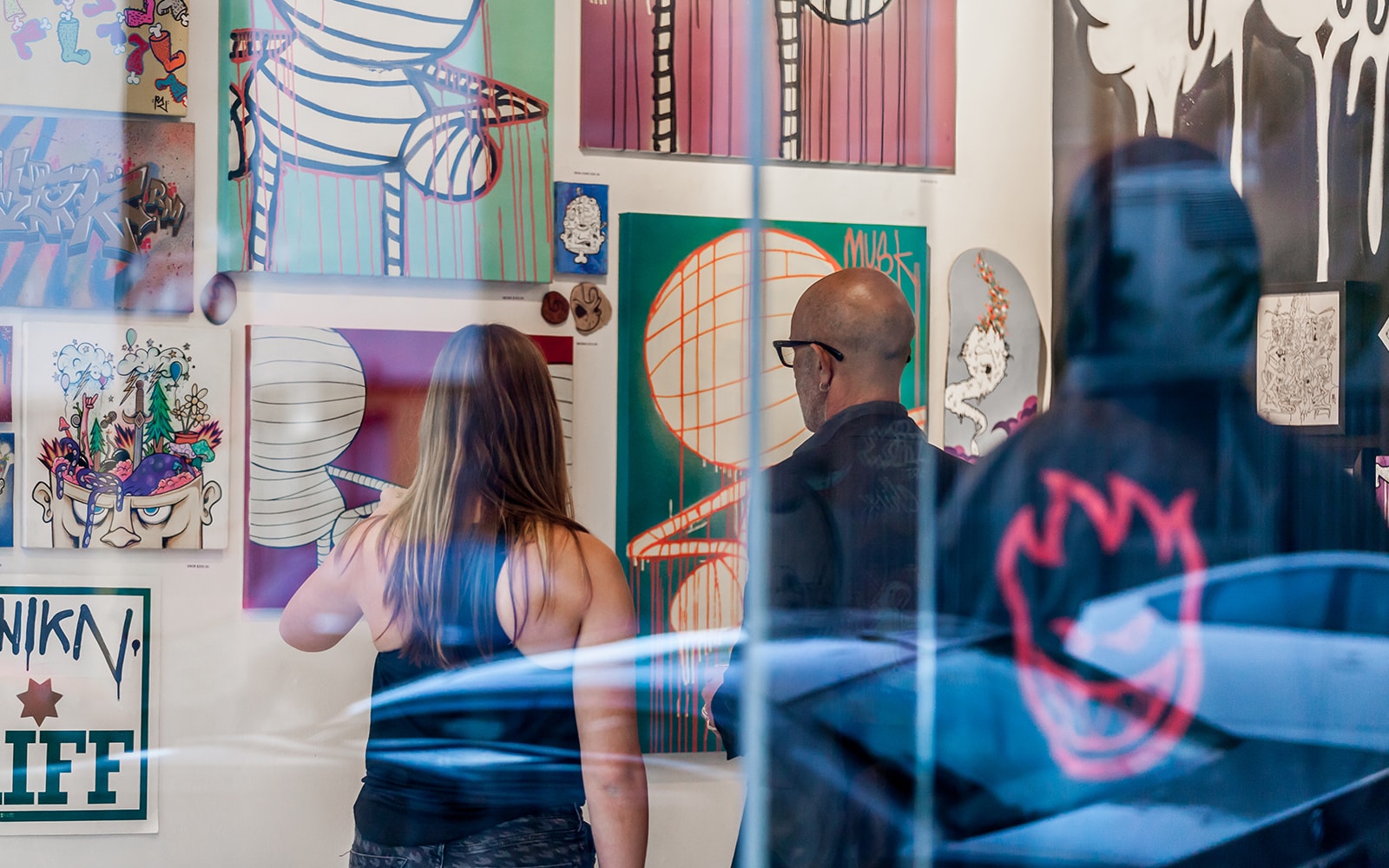 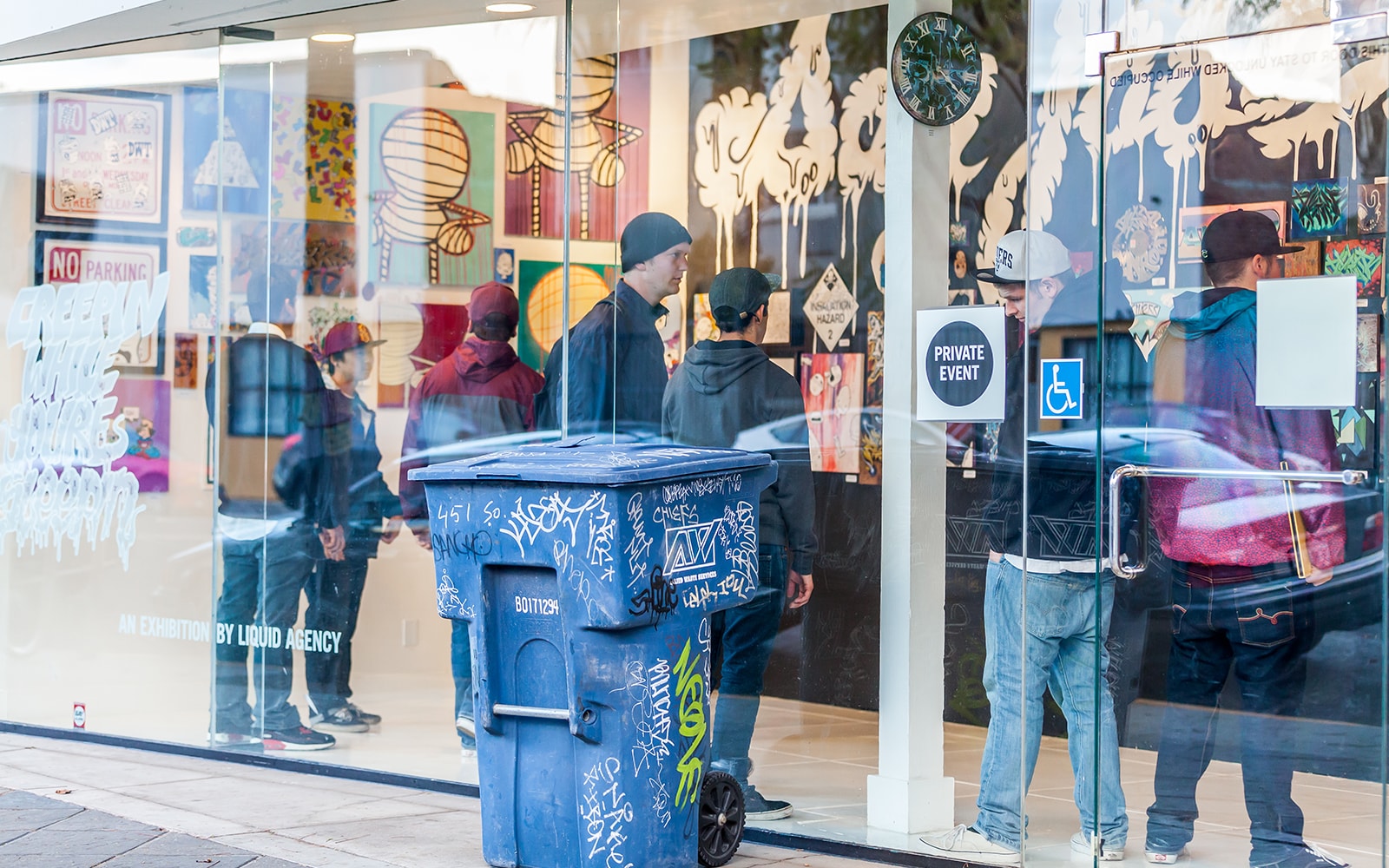 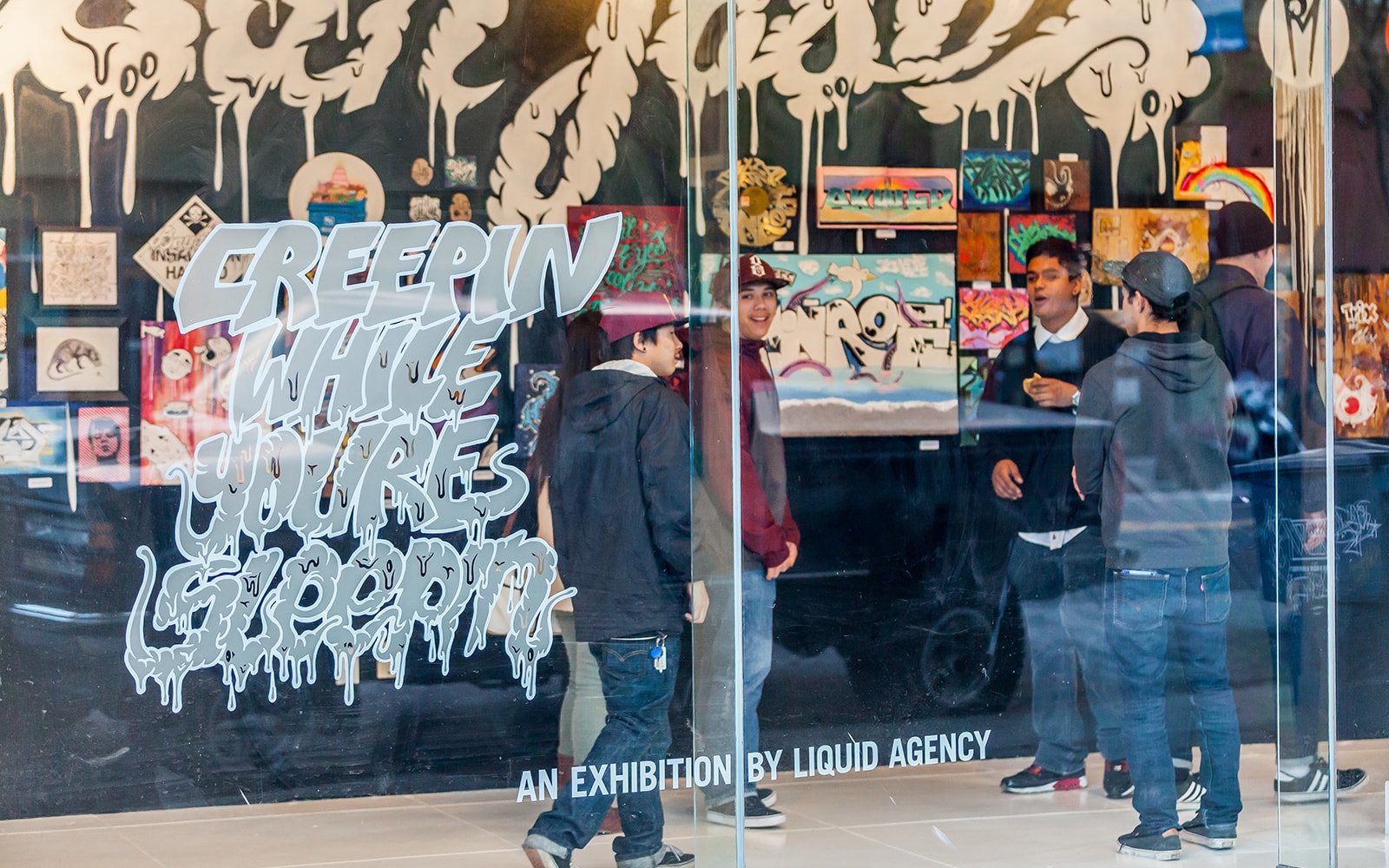 On April 4th, Liquid Space opened its doors and held a reception to celebrate the opening of the exhibition. The reception started at 7:00PM and by 8:30PM there were crowds of people spilling outside the doors, while the gallery and office space were packed with people who came to get a look at the art, enjoy wine, beer and appetizers, and listen to the music being played by DJ Cyde Grin who is part the underground hip hop group “Lizard Tribe”. The diverse crowd included members of the San Jose arts community, a number of private collectors, executives from Silicon Valley tech companies and quite a few artists and friends of the artists. By the end of the night, most of the work had been sold. 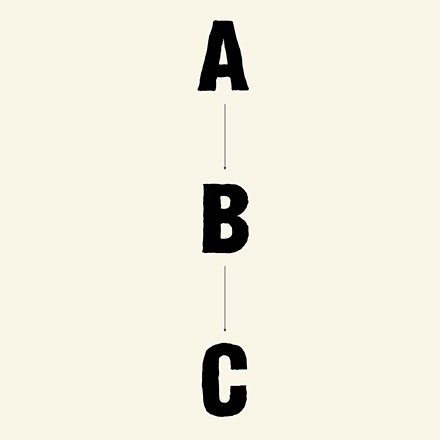 The Rules of Genius #13: Use a linear process for static elements 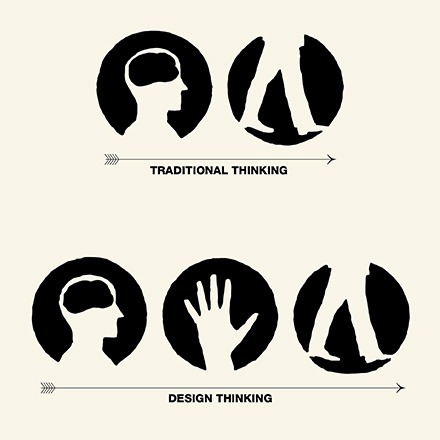